Galleria Antonella Villanova is pleased to present the first solo exhibition in Italy of the work of Attai Chen (Jerusalem, Israel, 1979). Chen initially focused primarily on contemporary jewelry, then went on to explore the sphere of art and decorative arts, amplifying the meaning and proportions, and thus the form of enjoyment, of his works, conceived as projecting paper sculptural elements hung on walls or standing on the floor.

Attai Chen’s work concentrates mainly on the fluid and metamorphic identity of the material, symbolically telling the story of the repetitive life cycle that characterizes both the natural and artificial, man-made worlds.  This aspect permeates the essence and aesthetic of his works – organic, modular forms and dynamic volumes, obtained by juxtaposing multiple multi-colored paper fragments. His creative process entails the use of sheets or pieces of cardboard on which the artist first paints and draws, then cuts, deconstructs, and successively assembles into compositions that evoke the idea of organisms in motion, captured in the transitory act of evolution, and thus capable of offering ever-changing possibilities for reading and perception, as a whole as well as the individual fragments that make them up.

“Chen’s multicolored, multiform compositions convey not one, but multiple images and multiple ways of relating to them: are they elements of organic form (phytomorphic, zoomorphic, idiomorphic?); or are they perhaps the materialization of entropic (destructive) or syntropic (constructive) phenomena? The fact is that, suspended in a funambulatory, dichotomic equilibrium, between the natural and the artificial, figuration and abstraction, void and fullness, light and shadow, Chen’s works exist in the space like (aero)dynamic presences, still-lifes of actions in progress that can generate ever-different reactions, questions and participation. (E.N.M.)”

Referring to the rhetorical figure of the Pars Pro Toto, a principle explored and applied in the cinematic sphere by the director Sergei M. Eizenstein, Attai Chen’s works convey an entirety through the use of fragments, managing to stimulate “consciousness of the reconstruction of a certain whole” in the observer.

The exhibition, which presents a selection of the artist’s works from the series entitled “Compounding Fraction”, including new pieces created for the occasion, is accompanied by a limited-edition publication with a critical analysis by the curator, Emanuela Nobile Mino. 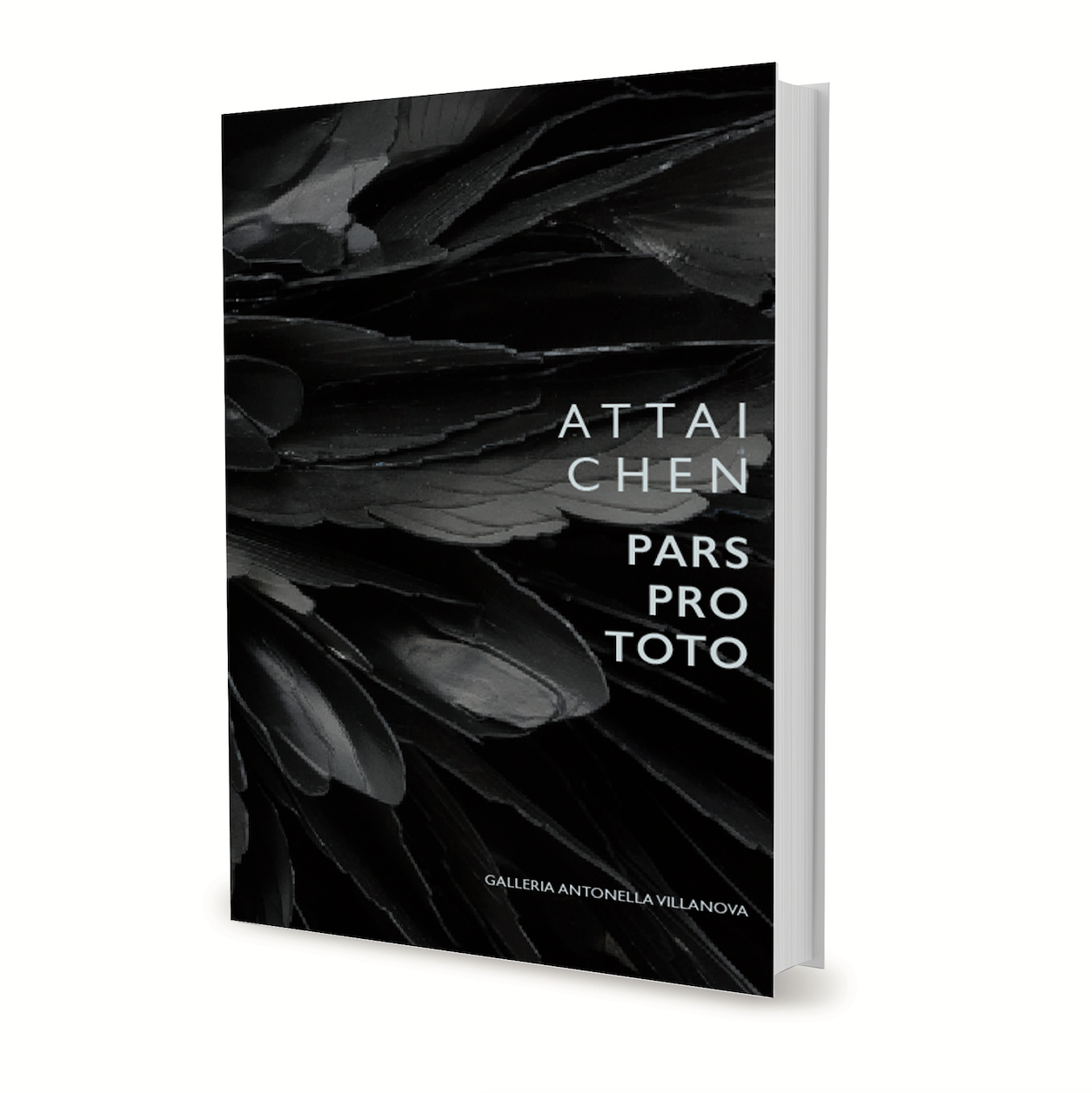