Return from Exile is the title of an itinerant exhibition brought into being by Gerd Rothman, Robert Baines and Karl Fritsch.
After shows at the Kunstfoyer in Munich and the Oratorio di San Rocco Contemporary Art Space in Padua, the three artists/jewelry makers – a German, an Australian and a New Zealander respectively – presented their works at Galleria Alessandro Bagnai.
Each artist brought his own cultural heritage to bear in a discourse with the others on the theme of exile.
Exile is the condition of one who leaves his homeland; and it is the condition of the human soul to feel oneself in exile.
Returning from exile entails a choice, a decision; the return often happens in a hostile land, yet it is there, in that apparently difficult territory, that one chooses to come to terms with oneself. The return is a courageous challenge.
The territory of return for these three artists is a place where they discuss the possibility of another way of conceiving the ornament, where they can construct a new identity, passing through a reflection on self-representation.
Their works – or rather, their “little sculptures” – are jewels in the most traditional sense of the term: they adorn and embellish. But at the same time, they bear experiences that come to be revealed on the body, which becomes an exposition space; they impose new forms of gestures that are sometimes provocatively disconcerting.
Rothman, Baines and Fritsch’s return from exile is a return from the condition of foreignness and solitude that sometimes characterizes an artist’s dwelling. It is a return to dialogue, to discussion and to the search for a space in which cultural differences and different approaches to work, methods, techniques and materials are accepted, understood and perceived not as a threat but as an enrichment, a forward-shift in our way of representing ourselves and showing ourselves to the world. 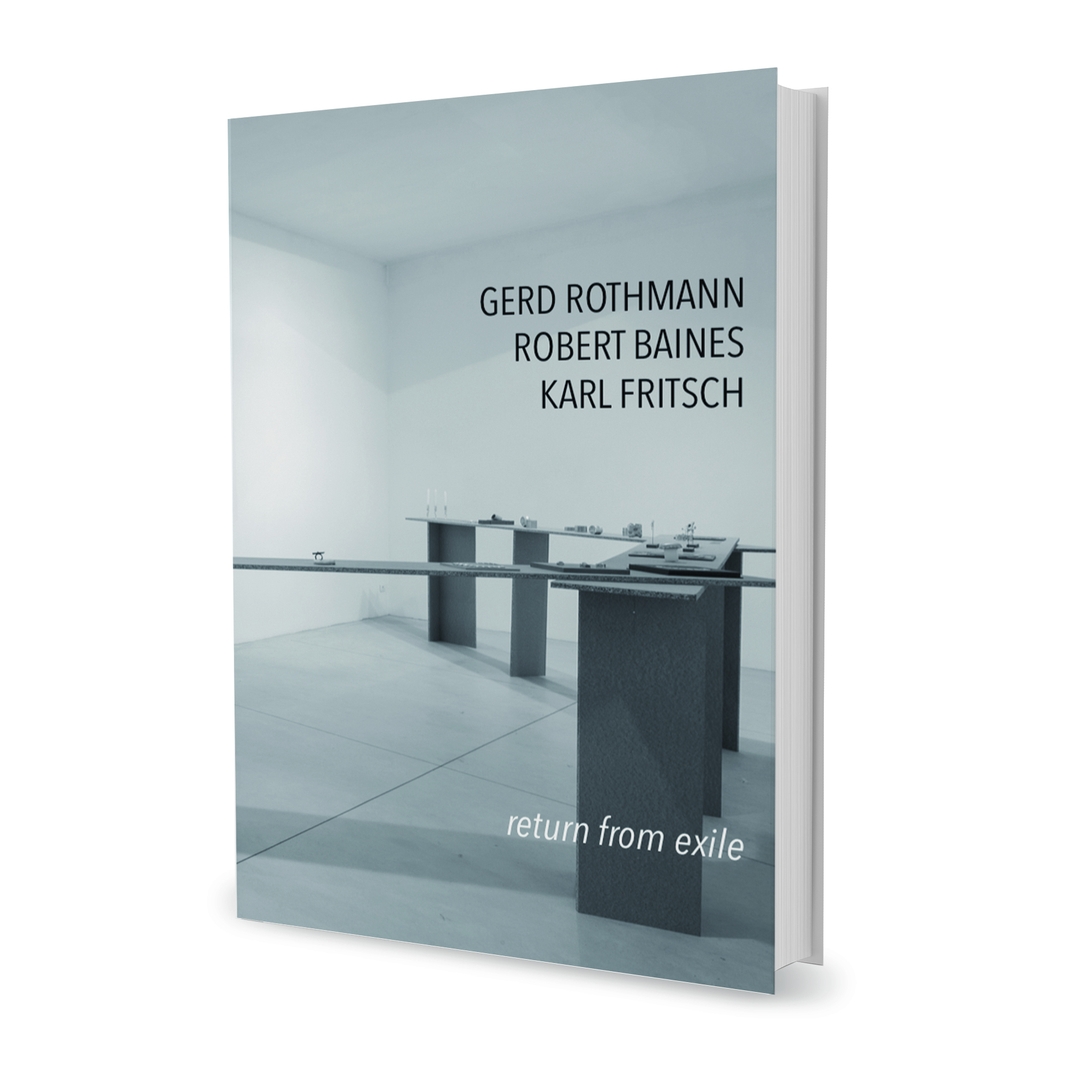